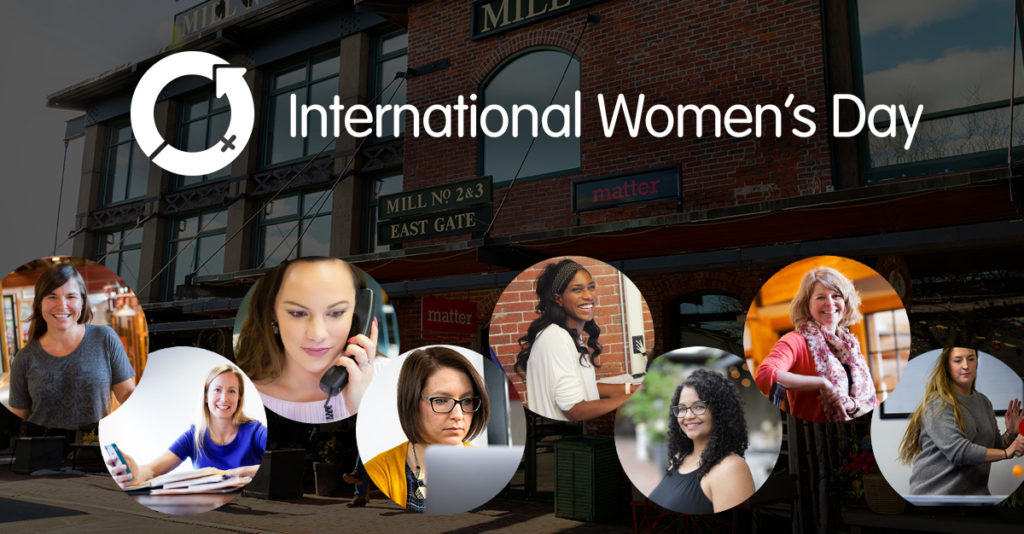 International Women’s Day, a day celebrating the social, economic, cultural and political achievements of women. This year’s theme is #BalanceforBetter and as the name suggests is all about promoting a balanced world. How can this be achieved? By celebrating women’s achievements, raising awareness against bias and taking action for equality.

I’ve been influenced by some major boss ladies my entire life. Starting with Diane Sawyer. She’s probably the biggest reason why I explored careers in communications. I wanted to be her but went down the public relations path instead and fell in love with it.

Since that time, I’ve had the privilege of learning from, watching and working with some very strong women. These women are fearless. They show up day in and day out and do whatever it takes to get the job done. While I can’t highlight all of them, here are a few that stand out.

I grew up watching Good Morning America and have continued that tradition throughout my life. Every morning is a treat as I get to sit down and catch up with the GMA team. I’ve been greeted countless times by Robin Robert’s smile. To me, Robin has proven to be one of the strongest women as she battled breast cancer and later a bone marrow disease called myelodysplastic syndrome (MDS). She shared her journey with both and beat both diseases gracefully.

Today Robin finds ways to highlight her journey and others that have been on similar paths that she calls, “Thrivers.” A fellow “Thriver” and colleague of Robin that also inspires me is Amy Robach. Amy is a survivor of stage two invasive breast cancer. She too shared her journey with the world and inspired us all to never give up.

As a public relations professional, it’s part of my job to keep a pulse on what’s happening in my client’s industries. One of those is retail tech, and it’s hard to talk about retail tech without talking about Stitch Fix’s CEO Katrina Lake. There are a handful of seriously impressive brands playing in the space where fashion and tech meet flash sales and personalized shopping, and it’s such a competitive segment right now. For those unaware, Katrina is the youngest woman to ever take a company public, and in 2017, when Stitch Fix went public, she was the only woman to lead a tech company to an IPO that year. Talk about an inspiration!

I also follow Bartstool Sports CEO, Erika Nardini. Yes, Barstool’s CEO is a woman and she beat 74 men for that position. In her first two years with the company she increased revenue 795 percent, quadrupled its lines of business and increased the size of the company by ten times. That’s some great ROI, right?

I can’t say enough good things about working at Matter, and a lot of my great experiences with the company really stem from the great people that work there. Of course, it starts at the top. Matter’s Co-Founder and Principal Patty Barry, President Mandy Mladenoff and General Manager Jennifer Karin lead with a purpose and by example. In addition to knowing the integrated marketing and communication space really well and what’s going to deliver exceptional results, they know how to have fun and don’t take themselves too seriously. Watch out if you have the three of them in a room together!

The great thing about Matter is that it doesn’t stop at the top. You’ll find inspiring boss ladies peppered throughout the organization. From the management team members who push us to consistently deliver great results, to the day-to-day executors who bring stellar ideas to life day in and day out. You all rock, and I’m fortunate to work with each and every one of you.

International Women’s Day gives us a reason to pause and acknowledge the great strides we are making as women. However, don’t let today be the only day that this happens. Let’s all push to reinforce and amplify the #BalanceforBetter message day in and day out. In the meantime, give a shout out today to the smart, dedicated and successful women who have helped make you who you are.